Contents hide
1 Key takeaways from this ruling are:
2 Possible GST Refund Scenarios and the way forward

Objections concerning, “Whether an Indian importer can be subject to levy of IGST on ocean freight paid by the foreign seller to the foreign shipping line on a reverse charge basis” has been raised in various audit inquiries across the country and area of trouble for all the importers.

The CGST Act requires the importers to pay IGST at 5% on ocean freight under the Reverse Charge Mechanism (RCM).

Recently, a historic judgment has been passed by the Apex Court in favour of the importer and held that the levy of IGST on the aspect of ocean freight in the case of CIF imports is unconstitutional. Thereby providing a big relief to all the the Indian importers who had paid such tax will be eligible to refund. Now, even the the importer can avail ITC of IGST paid and utilise the same or claim refund in accordance with the provisions of the CGST Act, 2017 and rules made thereunder.

With the binding pronouncement of the Hon’ble Supreme Court, this point of controversy should now extinguish.

Key takeaways from this ruling are: 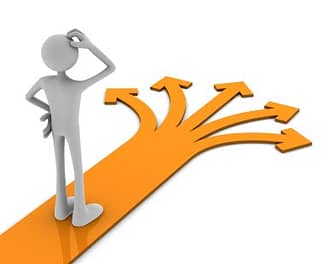 This judgment brings a huge discussion regarding the refund of IGST paid on ocean freight paid by the importers. Following can be the situations that may arise post this judgment:

Also, check out the Refund of IGST paid on ocean freight.

What is FOB (Free on Board) agreement?

Under the FOB agreement, buyers and sellers share the responsibility for the delivery process. Seller takes obligations to make sure the goods are packaged, labeled appropriately, loaded correctly, and ready for shipping. Once the goods have been loaded onboard, the obligations transfer to the buyer.

What is CIF (Cost, Insurance and Freight) transaction?

Who pays the ocean fright?

The seller pays the freight charges and all other related charges that are incurred until the cargo arrives at the buyer’s premises. It is useful to understand the two terms – FOB Origin and FOB Destination in this regard as it is quite often used in conjunction with the terms Freight Collect and Freight Prepaid.

Is GST payable on ocean freight?

Earlier under GST, there was a practice to pay IGST under RCM, after Supreme court ruling it has been held that GST on ocean freight paid in case of import of goods is unconstitutional in case of CIF contract.

Can ITC of GST can be claimed on ocean freight?

Taxpayers who have paid GST on ‘Ocean Freight’ on imported goods will be entitled to claim refunds, following the Supreme Court verdict, provided they have not utilized input tax credit.

If ITC of IGST paid has not been utilized and refund application is still pending.

If IGST on ocean freight is paid post Supreme Court judgment, can the department deny credit?

The answer could unfortunately be ‘yes’. In the past, there have been various instances where taxes paid by the assessee were proposed to be treated as a ‘deposit’, and SCNs were issued seeking reversal of ITC.

But in a catena of decisions, courts have held that once tax stands paid, ITC would not be available. If availed by the assessee, it needs to be reversed

How do ocean freight work?

Ocean freight rates are usually determined based on a number of charges, such as the cost per weight of goods and the space they take up.

What is CIP (Carriage and Insurance Paid) agreement?

Carriage and Insurance Paid To (CIP) is when a seller pays freight and insurance to deliver goods to a seller-appointed party at an agreed-upon location. The risk of damage or loss to the goods being transported transfers from the seller to the buyer as soon as the goods are delivered to the carrier or appointed person.

What is carriage paid to (CPT)?

CPT or Carriage Paid To is an international trade term denoting that the seller incurs the risks and costs associated with delivering goods to a carrier.

Can I use Carriage and Insurance Paid (CIP) for sea shipment?