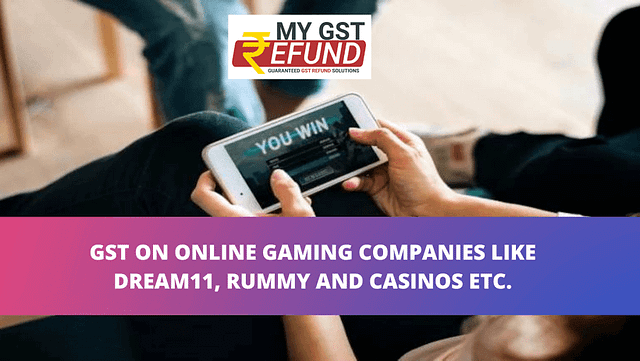 Recently, the online gaming industry has grown very widely. Within a couple of years, it grew to become more than a billion-dollar industry, and still, the market is increasing.

The online game is classified into two parts.

A game of chance means in which chance rather than skill determines the outcome while the game of luck includes the development around a tool, process, or device that randomizes the probability of victory which creates a level of playing. Basically, the game of luck totally depends upon the experience of the player. For example, in gambling, the intention of the player is to win the prize or to win a bigger sum of money.

States like Telangana, Odisha, Assam, and Andhra Pradesh have banned online gaming whether it is a game of chance or a game of luck. However, states such as Sikkim, Nagaland, and Meghalaya have passed legislation to permit online gaming with licensing.

Due to ambiguity on what constitutes the game of chance and game of luck, day by day the legal battles are increasing leading to the pendency of cases over the judiciary. However, there are many judicial pronouncements where the judiciary clarified that games such as rummy, poker, fantasy game, and horse racing is classified as “game of skills”.

Definition of Gaming through the judicial pronouncement

The Hon’ble Punjab & Haryana High Court in the matter of Varun Gumber v. Union Territory of Chandigarh 2017 SCC Online P&H 5372 has relied upon the judgment of Hon’ble Supreme Court in the matter of Dr. K.R. Lakshmanan and held that success in Dream 11’s fantasy sports basically arises out of users exercise superior knowledge, judgement and attention and therefore it is a game of skill and not a game of chance. SLP filed by the petitioner against the order of Hon’ble Punjab & Haryana High Court has been dismissed by the Hon’ble Supreme Court.

In this regard, it is pertinent to mention the decision passed by Rajasthan High Court in the case of Chandresh Shankla vs State of Rajasthan CWP 6653 of 2019, where the court find that the issue of treating the game “Dream 11” as having any element of betting/gambling is no more res integra and has dismissed the PIL.

At this juncture it is pertinent to mention that judgment pronounced by the Rajasthan High court in the case of Ravindra Singh Chaudhary vs Union of India, Wherein an following important issue was raised before the the Hon’ble court.

Since the result of fantasy games depends on skill of participant and not sheer chance, and winning or losing of virtual team created by the participant is also independent of outcome of the game or event in the real world, we hold that the format of online fantasy game offered by dream 11 is a game of mere skill and their business has protection under Article 19(1)(g) of the Constitution of India, as repeatedly held by various Courts and affirmed by the Hon’ble Supreme Court.

GST rate on Online Gaming in other countries

Most of the countries has passed the legislation and there is a rule and regulation regarding the taxability, licensing, valuation on online gaming.

United Kingdom has passed the separate legislation on online gaming and levied 21% duty on profit of the remote gaming played by the IK resident and that is called as Remote Gaming Duty (RGD). Additionally, here the  “profits” would refer to the difference between the total amount owed by UK residents and the sum that is divided up into prizes or added to the amount of winnings.

As far as the taxes on gaming in USA is concerned, the taxes are levied at central and state level, where the most of the state levied value based tax on Gross gaming revenue (GGR). Gross gaming Revenue means (GGR) refers to the annual sum of money wagered on games and admission fees, less any sums awarded as prizes. In USA the tax rate on online gaming is 20%.

In India gambling is taxed at the GST rate of 28 % then the industry who is in the business of online gaming refers as the “game of skills” is in the view that government will distinguish the rate of taxes paid on online gaming and gambling.

The prize money fund that is given to the winner is not the value for which tax is levied on a global scale. If India were to adopt best practices from around the world, then GST would only need to be assessed on the portion that gaming businesses collect and keep as payment for providing a platform, not the total prize money. If, India follow the practice of the another country then the then GST would have to be levied only on the component which is collected and retained by the gaming companies for their services of providing a platform and not on the entire prize money.

Finance Ministry has constituted the Government of Ministry (GOM), whose members have been given the responsibility to submit the report on GST rate on online gaming, wherein the members are of the view that online gaming should be taxed at the value of the consideration, including the contest entry fee paid by the players for participating in the game.

In this regard, where GST on casino is concerned, the GOM recommended that the tax should be levied on the full face value of the chips/coins purchased from a casino by player.

Currently, the GST rate on gambling is 28% and on online gaming, it is 18%, however considering the growth in revenue of this industry and online gaming as “Game of Skills”, the members have proposed to increase the rate to 28%. However, such rate has not been notified yet.

Stay tuned with us to know more about the GST implications on Gaming Industry!

Are you Looking for GST Refund Service? Mygstrefund.com offers GST Refund on business, exports and many more if your GST application is rejected. Get in touch with us today.

Stay Up to Date With The Latest News & Updates